Located in the North of Botswana, the Chobe National Park is the third-largest park in the country. Taking its name from the Chobe River, which acts as Botswana’s Northern border between Namibia’s Caprivi Strip, the Chobe National Park boasts the largest Elephant population in Africa. A revered national park for its big 5 game, Chobe offers even more spectacular birding opportunities.  Home to an impressive 450 recorded migratory and native bird species, Chobe should always be on the list of top birding destinations. The mighty Chobe River, a permanently running water source, makes this region a year round attraction to all wildlife. The landscape is as diverse as the animals it supports. A combination of grasslands, woodlands, scrub and floodplains creates unique environments that is the foundation for the park. Located at the confluence of the Chobe and Zambezi river, at the point where Botswana, Namibia, Zambia , and Zimbabwe meet, this amazing natural meeting point makes Chobe one of the most bird-abundant regions in Botswana, if not throughout Southern Africa. While general game viewing is regarded as being at its best from September to November, as predators and prey are forced to concentrate around permanent water, the rainy season also offers some amazing opportunities. This time of year is when most birds are in dramatic breeding plumage as they take advantage of the transforming landscape. Rainy season runs from as early as November to as late as March, with the wettest months being January and February. Towards the end of the year, the sandy riverbanks come alive with both migratory and resident bird species. The flooding waterways and life giving rains provide countless species with the right habitat to breed and raise their young. Chobe National Park and the Okavango delta combine as a spectacular desert oasis. The Chobe National Park is a coalescence of several unique ecosystems; The Chobe Riverfront in the northeast tip of the country, is a combination of lush floodplains and dense woodland, shaped by the hundreds of thousands of Elephants that enjoy the region. The Savuti Marsh encompasses the western edges of the park. The region is covered by extensive swathes of savanna, bisected by a river channel that rarely flows during years of high water levels. The Linyanti Marsh located above Savuti in the northern section of the park, is a riverine woodland with lagoons and open floodplains. The area Between Savuti and Linyanti is a largely impenetrable grass woodland covered with mapane and Kalahari apple leaf trees.

These uniquely different ecosystems means that Chobe can support an incredible biodiversity of birdlife. 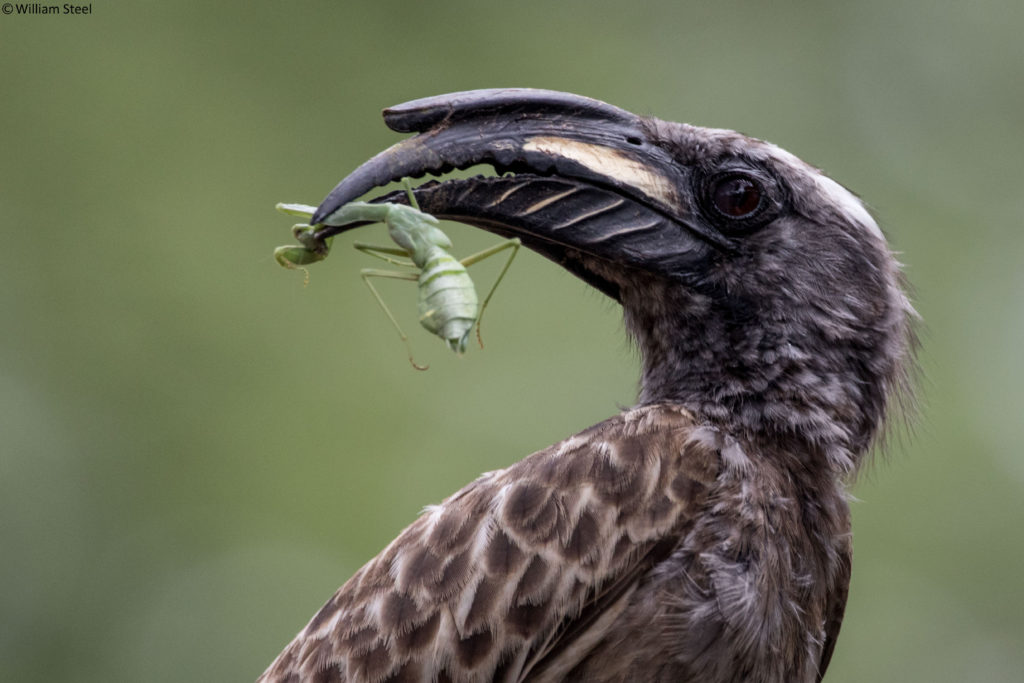 A rarely seen bird that even eludes some of the most passionate birders, as they attempt to tick it off their list. Notoriously shy, they are often spotted darting for cover along the Chobe river. With its bright red paddle like feet it seems to run on water, making it easy to identify.

An amazing bird to watch in action. The african skimmer swoops along many of the smaller channels of water. Easily identified by its long red bill that it skims across the top of the water to catch its prey.

The Pel’s fishing owl is one of Southern Africa’s rarest and most exciting sightings. While uncommon in most of Southern Africa, population numbers are relatively high in both the Okavango Delta and Along the Chobe river.

The African pygmy goose belongs to the family of perching ducks. It can be spotted foraging on aquatic plants along the many waterways. Its bright and beautiful markings make it an amazing subject to photograph.

The Wattled crane is the largest crane in Africa, with its stricking plumage, and unique elongated feather, it is a truly special bird to see. With a population of less than 8000 individuals, Northern Botswana is one of the last safe havens for this beautiful species. Chobe boast rarities such as the white-backed night heron, rosy-throated longclaw, long-toed lapwing, Rock Pratincole, the near endemic Slaty Egret, and even a few rare sightings of the Ross’s turaco. The park also has one of the highest densities of raptors in Southern Africa, including species such as the stunning bateleur eagle, the endangered hooded vulture, and the unmistakable Fish Eagle. 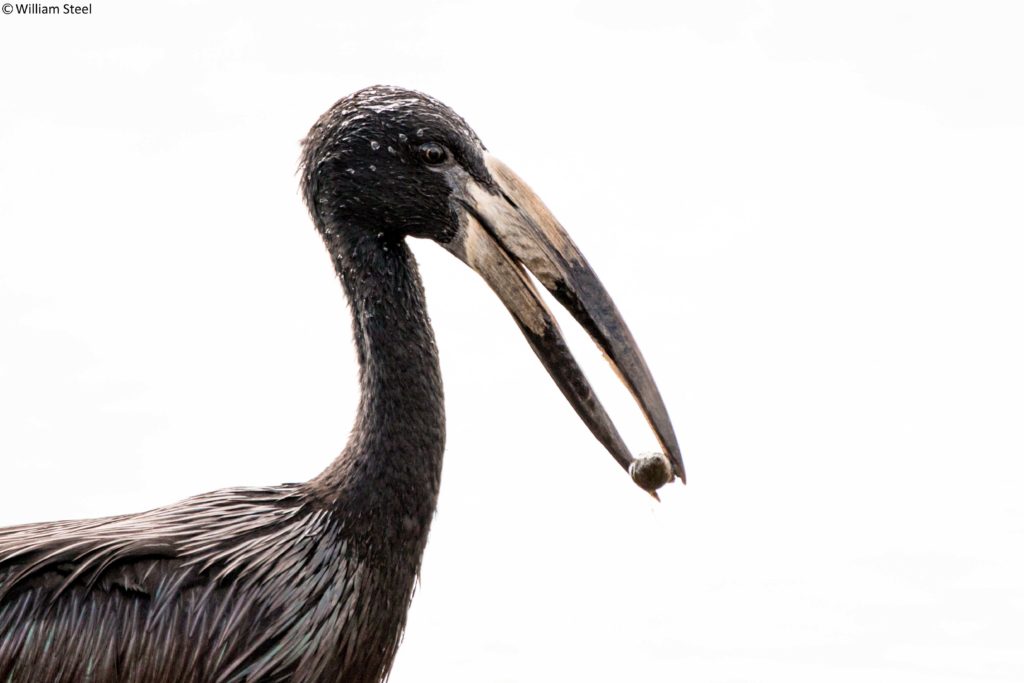 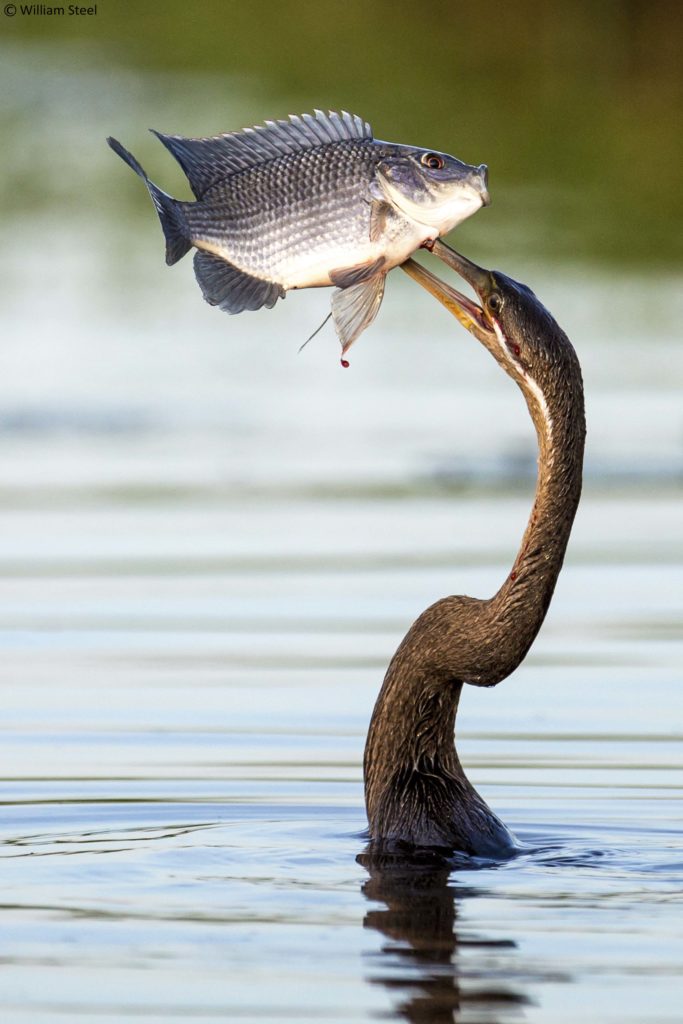